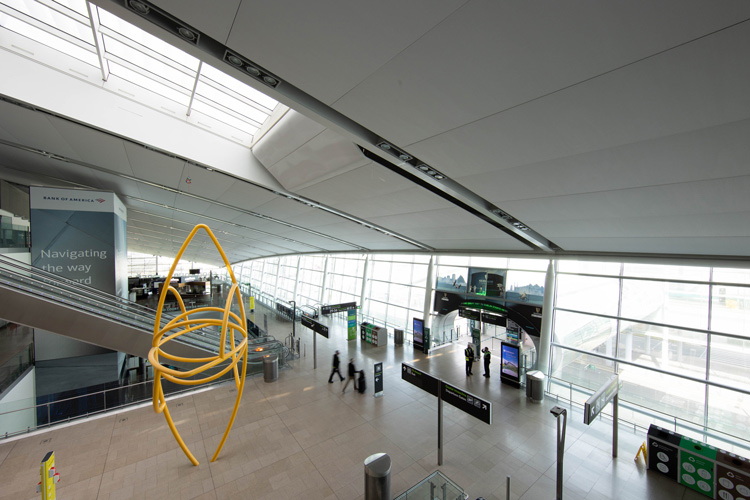 daa, which operates Dublin and Cork airports and has businesses in 15 overseas markets, recorded a loss of €284 million last year due to the impact of the COVID-19 pandemic.

Passenger numbers at its two Irish airports fell by 78% to just 7.9 million in 2020, compared to 35.5 million in 2019. Almost all of the airport retail outlets that daa operates in Ireland and overseas were closed for extended periods during the year.

Turnover declined by 69% from €935 million in 2019 to €291 million last year, as the reduction in passengers across all daa’s markets led to a €644 million fall in business activity.

“Our Irish airports have been one of the businesses that have been most negatively affected by the impact of COVID-19 over the past 13 months,” said daa Chief Executive Dalton Philips. “Dublin and Cork airports lost 27.6 million passengers last year, which is more than 5.5 times the population of the State. The last time that Dublin and Cork airports had fewer than 8 million passengers in a calendar year was in 1994.”

The pandemic continues to have a crippling effect on the Irish aviation and tourism sectors. In the first three months of this year, passenger numbers at Dublin and Cork airports have fallen by 92% compared to 2020, as the State’s two largest airports lost a further 5.1 million passengers.

“As vaccination levels increase, both at home and in many of our key overseas travel markets, Ireland must develop a roadmap for exiting mandatory hotel quarantine and for easing the blanket restrictions on overseas travel,” Mr Philips said.

“The aviation industry in Ireland has recently submitted a comprehensive plan to enable the restart of international air travel to and from Ireland in a manner that continues to protect public health. Having outlined our recommendations, the industry needs substantive Government engagement on this vital issue. Ireland must start planning now for putting in place a system that will allow for international travel again.”

The current position for daa businesses is very challenging, and at this point, it is difficult to make any meaningful forecasts about the outlook for the rest of this year, according to Mr Philips. “There is clearly huge pent up demand for travel, particularly to visit family and friends, but as yet, we have no clear path as to how and when Ireland will exit the current restrictions. We also need clarity on the EU Digital Green Certificate and when it will be adopted in Ireland.”

Due to the significant impact of the pandemic on its business globally, daa moved quickly to reduce its costs last year. Operating costs were reduced by 42% to €260 million during 2020; with costs cut by 58% between June and December last year. Significant reductions were made to planned operational and capital spending. daa also reviewed its medium-term capital programmes and amended the delivery dates of certain projects.

Key construction projects such as the North Runway at Dublin Airport and new security screening systems for aircraft hold baggage at Dublin and Cork airports progressed during the year when permitted under health restrictions. Plans for the reconstruction of Cork Airport’s runway were significantly advanced during 2020 and into this year and daa will appoint a contractor shortly for this vital project.

A pay and hiring freeze was instituted, contracts were not renewed and the payment of profit share, gainshare and performance-related pay for 2020 was cancelled. These and other measures, which were required due to the grave situation facing the company, meant that people took a pay cut of between 20% and 45%.

Given the unprecedented traffic decline and the likelihood of a slow recovery in passenger levels, daa had no option but to right-size its business to reflect the dramatically changed circumstances. Almost 1,000 Irish-based staff have left the business, which is equivalent to almost one-third of the group’s overall workforce in Ireland. About 1,000 people have also exited the overseas retail businesses operated by the group.

“We had to take some very difficult decisions over the past 13 months, and we had to move quickly given the severity of the crisis,” Mr Philips said. “Our focus was on doing what was right for the long-term health of the business and as far as possible we worked in partnership with our people both at home and abroad.”

During the year, daa agreed major changes in the way it operates its business in Ireland with trade union and staff representatives. More than 93% of employees who voted in a series of ballots on these new work practice proposals agreed to accept these changes, which were needed to enable the company to operate more efficiently and effectively, and to protect the long-term sustainability of the business.

The Group took action on €1 billion of liquidity measures during the year and extended the average maturity of its borrowings. An existing revolving credit facility was increased from €300 million to €450 million and its maturity was extended from November 2022 until March 2026. A committed European Investment Bank loan of €350 million, which has a fixed interest rate of less than 1% and is repayable over 20 years, was drawn down in the second quarter of last year. In October, daa raised €500 million from a bond issue with the funds, which have a fixed annual rate of just over 1.6%, repayable in November 2032.

“Given the profound impact that COVID-19 had on our business, we acted quickly and took a number of decisive steps during the year to strengthen our liquidity,” according to Mr Philips. Net debt increased by €353 million to €783 million at the end of December.

In line with Irish Government policy, Dublin and Cork airports have remained open throughout the pandemic. The key role that Dublin Airport plays in Ireland’s global supply chain was brought into sharp focus last year, as more than 6.2 million kilogrammes of essential PPE and medical equipment were imported through the airport on 356 flights operated by 16 different airlines. Dublin Airport was also a key hub for vital exports during the year, as Ireland is a major producer of medical devices and pharmaceutical products.

“We followed Government health advice in all markets and introduced comprehensive new health, safety and cleaning protocols to reflect the new operating environment and to protect our customers and our people,” Mr Philips said. “Since the beginning of the pandemic, our key focus has been on the health and safety of our people and our customers.”

Mr Philips praised the efforts of daa’s people during the pandemic. “Across the 16 countries in which we operate our people dealt with adversity on a daily basis through much of 2020 and their efforts are massively appreciated.”

daa is a global company with businesses in 16 countries including Ireland, Bahrain, Canada, Cyprus, India, Lebanon, and New Zealand. It operates Dublin and Cork airports in Ireland and runs Terminal 5 at King Khalid International Airport (KKIA) in Riyadh, Saudi Arabia through its daa International subsidiary. It also has investments in Düsseldorf Airport in Germany and in Larnaca and Paphos airports in Cyprus. Its award-winning travel retail business Aer Rianta International (ARI) has outlets in 14 countries.