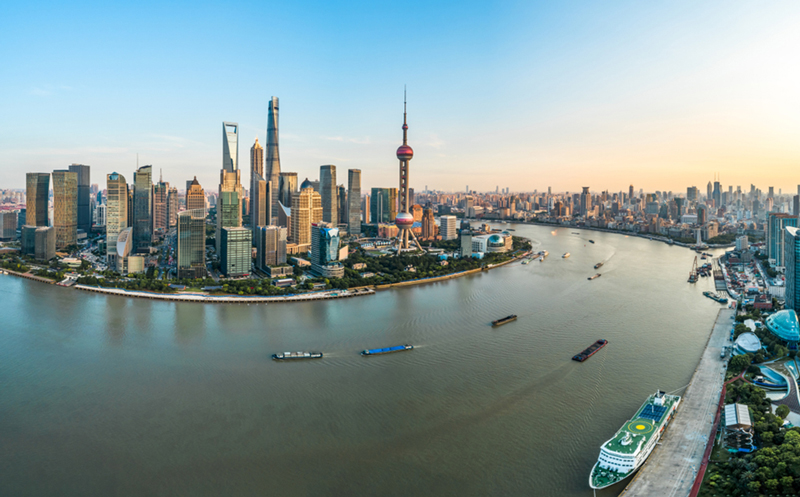 Juneyao, which is based in Shanghai, will start the new service next March in a move that will enhance the growing trade, tourism and investment links between Ireland and China. The new service to Shanghai Pudong Airport will also have onward connections to 40 other Chinese destinations, six cities in Japan and 10 other Asia-Pacific destinations.

The new route will operate on Sundays and Thursdays, on a state-of-the-art Boeing 787-9 Dreamliner aircraft with a short stop in Helsinki on each leg.

Shanghai is already the most popular unserved mainland Chinese destination for Irish passengers, as there are currently 42,000 trips between Ireland and Shanghai every year. With a population of 25 million people, Shanghai is at the heart of the fast-growing Chinese economy. It is the world’s fifth largest global financial centre and is also a key destination for trade, innovation and shipping.

Juneyao Air is one of the leading privately-owned carriers in mainland China. Established in September 2006, Juneyao carried more than 18 million passengers last year on a fleet of 74 aircraft.

It operates more than 160 routes linking major cities in China and neighbouring countries to its major hubs in Shanghai and Nanjing. It started its first European route – to Helsinki – this summer and will also launch routes to Athens and Manchester next year.

“We are thrilled to welcome Juneyao Air’s new service to Shanghai, which will link Ireland to one of the world’s great cities,” said Dublin Airport Managing Director Vincent Harrison. ““This new service is great news for the entire Irish economy. Shanghai is a major global economic hub and this new route will significantly boost Irish tourism and trade, making it easier for Irish firms to do business in China and enhancing the options for Chinese tourists wishing to visit Ireland.”

Wang Junjin, Juneyao Air Chairman said he was delighted that Dublin was being added to the airline’s growing list of European destinations.

“We see strong demand for travel between Ireland and Shanghai and we are sure that this new service will grow the market by significantly improving the connectivity between Shanghai and Dublin. Our onward connections from Pudong Airport mean that this new service will link Dublin to the most energetic cities including Suzhou, Nanjing and Hangzhou in Eastern China, and the wider Asia-Pacific region and make it easier for Chinese tourists to experience everything that Ireland has to offer.”

Juneyao is also seeking to service the growing air cargo market between Ireland and China.

Juneyao will start its new Dublin-Shanghai service on Sunday, March 29, 2020 with a stop in Helsinki on each leg. Juneyao has full fifth freedom traffic rights for the new route, meaning that it can also sell tickets for travel to and from Dublin and Helsinki.

All business class seats have direct access to the aisle and can be fully reclined into a flat-bed position. The seats in economy class are designed to provide a comfortable personal space with a state-of-the-art individual on-demand entertainment system.

Juneyao became the first Star Alliance Connecting Partner in May 2017, meaning that Star Alliance frequent flyer members from airlines such Air Canada and United Airlines, can earn and spend airmiles with the Chinese airline. Star Alliance Gold and Silver members also have specific privileges on connecting flights operated by Juneyao.

Earlier this year, Juneyao Air signed a partnership agreement with China Eastern Airlines, which is China’s second largest airline after Air China. As part of the deal, China Eastern’s controlling shareholder took a 15% stake in Juneyao, while Juneyao took a 10% stake in China Eastern.

Dublin Airport is the international gateway to island of Ireland, with flights to almost 200 destinations in 43 countries, operated by 53 airlines. It is the eleventh busiest airport in the European Union, welcoming a record 31.5 million passengers last year.