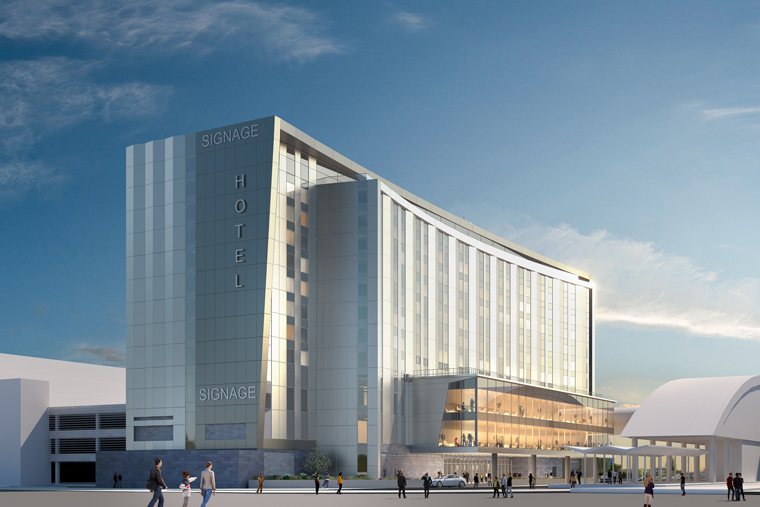 Dublin Airport is to get a €100 million investment in a new terminal-linked hotel that will create up to 550 jobs on campus.

As part of an agreement with daa, UK hotel group Arora has lodged a planning application for a new 410-bedroom luxury hotel adjacent to Terminal 2 at Dublin Airport.

Arora currently owns and operates 12 hotels including 10 airport hotels. It has more than 5,000 bedrooms in the greater London area, including at Heathrow, Gatwick and Stansted airports. The new Dublin Airport hotel, which will have at least a four-star rating, is Arora’s first move into the Irish market.

Following a public tender process, daa concluded an agreement with Arora for it to design and build, finance and operate a new hotel on a site just in front of the existing Terminal 2 car park. The new hotel, which Arora will operate under a yet to be announced global brand, will be one of the largest hotels in Ireland. Under the agreement with daa, the hotel will be operated by Arora for 100 years and ownership will then revert to daa.

Subject to planning, Arora intends to begin construction of the new hotel later this year or in the first quarter of next year. The project is expected to have a 24-30 month construction phase, meaning the hotel is likely to open in 2024. Up to 300 construction jobs will be created during the works and the hotel will employ approximately 250 staff when it opens.

The 11-storey hotel, will have a total floor area of 30,566 square metres, and will feature meeting rooms, a leisure centre with a gym, steam room, sauna and jacuzzi on the third floor, and a penthouse bar and executive lounge area on the top floor.

“This investment by Arora is a significant vote of confidence in the long-term prospects of the Irish economy and of Dublin Airport,” said daa Chief Executive Dalton Philips. “This development will bring very significant benefits for our customers and to the wider economy, both locally and nationally. There is strong demand for terminal-linked hotels, and they are a feature of most large airports.”

Arora Group Founder and Chief Executive Surinder Arora, said he was hugely excited about entering the Irish market. “This project is an incredibly exciting milestone for Arora Group, as it will be our first venture outside of the United Kingdom and the first terminal-linked hotel at Dublin Airport,” Mr Arora said.

“We are looking forward to working with daa which clearly has confidence in the Arora Group’s ability to build and operate a high-quality hotel with remarkable service delivery. The Arora Group is the largest owner operator of hotels at Heathrow, Gatwick and Stansted airports and has a fantastic pedigree of operating terminal-linked hotels including the Sofitel London Heathrow, Sofitel London Gatwick, Hilton London Gatwick, Crowne Plaza Heathrow Terminal 4, Holiday Inn Express Heathrow Terminal 4 and most recently Hilton Garden Inn London Heathrow Terminals 2 and 3. We look forward to replicating this success at Dublin Airport’s Terminal 2.”

The new property will be the first terminal-linked hotel at Dublin Airport. Terminal-linked hotels offer an enhanced service for passengers, as they remove the need for surface transport to and from the airport and also bring additional certainty in terms of time management. They can also offer additional efficiencies for airlines, as crew who require rest periods don’t have to add transfer time to and from the airport.

Typically, the average room occupancy levels and room rates of terminal-linked hotels is higher than for other hotels on an airport campus or in the environs of the airport due to the significant convenience factor of being located beside the terminal building.

Dublin Airport is Ireland’s main aviation gateway. Last year passenger numbers declined by 78% to almost 7.4 million due to the impact of COVID-19. Pre-pandemic in 2019 Dublin Airport welcomed a total of 32.9 million passengers, making it the tenth largest airport in the European Union. It had flights to more than 190 destinations in 42 countries operated by almost 50 airlines.

The Arora Group
The Arora Group is a successful UK-focused private group of companies, which leverages synergies across its specialist property, construction and hotel divisions to its strategic advantage. Since 1999, the Group has built its standing through meticulously managing projects from inception to delivery and beyond. Today, it owns and manages a diverse portfolio of flagship assets across the nation’s key business locations, partnering with some of the world’s most recognised brands to deliver consistently high service levels and sustainable growth.