We Need A Common System Of Pre-Flight Testing In Europe 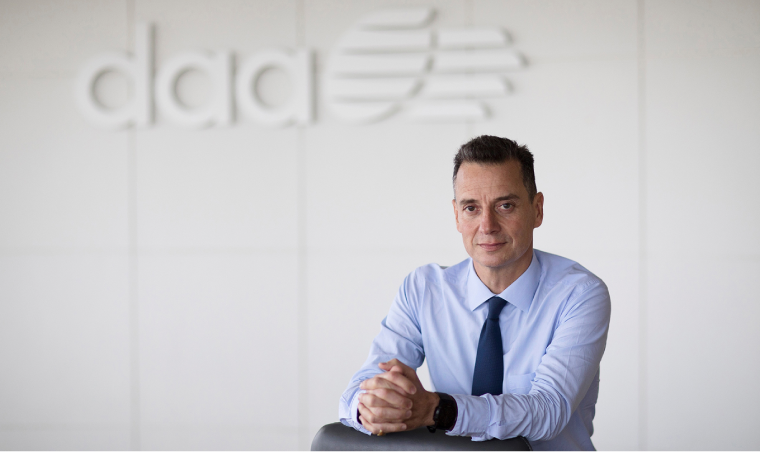 Dublin and Cork airports are at the heart of an aviation eco-system that is vital to the Irish economy.

The aviation sector supports 140,000 jobs and generates €8.9 billion in GDP annually. And the entire sector is in the midst of an unprecedented crisis due to the impact of Covid-19. Understandably much of the focus in on large firms such as Ryanair, Aer Lingus and daa, but the tourism jobs that Irish aviation underpins are spread across every town and parish in the country in B&Bs, restaurants, tour bus operators and others.

And it’s not just tourism. Ireland is one of the most open economies in the world and is dependent on trade, exports and foreign direct investment. The vast majority of this economic activity is dependent air connectivity, which has been almost wiped out in recent months.

The Irish aviation sector is currently the most damaged in Europe, according to Eurocontrol, which overseas air traffic control throughout 41 European states. On Thursday, the number of flights to and from Ireland was down by 75% compared to last year. Across Europe, flight traffic was down by an average of 58% on Thursday.

It seems particularly ironic, given our position as an island on the western fringe of Europe, that Ireland’s connectivity is faltering the most. Dublin Airport passenger numbers were down by 91% in October, while Cork’s passenger numbers declined by 92%.

This is due in part to Government policy in relation to aviation. The choices for the State are not easy, as a balance must be struck between public health policy and the needs of the economy. But the State and its population has to live with the virus, and it does appear that aviation is being held to a higher standard than some other sectors of the economy.

There has been much discussion in relation to the number of cases of COVID-19 that have been imported into the Republic of Ireland due to foreign travel, but a large amount of that debate has been conducted without regard to the facts.

The Health Protection Surveillance Centre (HPSC), which is part of the HSE, produces daily epidemiology reports on the spread of the virus, the source of cases, its geographic distribution and other data. The most recent report shows that “travel abroad, including possible travel abroad” was linked to 925 cases, which equates to 1.46% of all cases in the Republic of Ireland.

The Government indicated this week that it will introduce the new EU traffic light system on travel, which is welcome as a first step on the road to safely re-opening travel. Under this system the European Centre for Disease Prevention and Control (EDCD) will designate areas as Green, Orange and Red each week depending on the level of cases in those areas.

There will be no restrictions on travel from Green zones, and EU member states can set their own rules in relation to Orange and Red areas.

The Government plans to waive the 14-day movement restrictions for people arriving from Orange areas once they confirm they have tested negative for Covid-19 up to three days before coming here.

Those arriving from Red areas will still have to restrict their movements for 14 days, but the Government plans to allow this to be waived following a negative COVID test result taken five days after arrival.

Further details of how this will work are likely to be communicated by Government shortly.

While this is a positive step, daa’s view, which is shared by airports and airlines throughout Europe, is that the new EU traffic light system doesn’t go as far as had been hoped. The Irish economy and the 140,000 jobs and livelihoods that depend on aviation need effective EU-wide co-ordination on travel, but unfortunately, this new system does not deliver that.

We have the traffic lights, but the road ahead for safely re-opening Irish and European aviation is still littered with obstacles.

What we need is common system of pre-departure testing across Europe so that all passengers can be tested as COVID free before travel. This is what we and others in the industry have been calling for since the summer. We want to set up pre-departure testing facilities at Dublin and Cork airports operated by third party private healthcare experts and we are working to do that. Initially, PCR testing will be offered, but the costs associated with this type of test means that it is not a sustainable long-term scalable option.

Ultimately, to truly get people moving again we need a fast, low-cost option such as an Antigen test, which is already being used in some other countries. An independent consumer survey conducted for the global aviation group IATA shows strong support for testing rather than quarantines or movement restrictions – 83% of consumers said they will not fly if they have to quarantine on arrival, but 88% said that they were willing to be tested to facilitate travel.

It may be 2024 before the global aviation sector returns to 2019 levels and in short to medium term countries throughout Europe and beyond will be working to replace lost connectivity.

Ireland starts at a significant disadvantage as we have lost the most, we are in a peripheral location that had previously punched above its weight, and we have the added complexity of Brexit. If we are slow to move on Antigen testing and maintain a more restrictive attitude to travel than other countries, then Ireland will lose out to our European competitors.

It can take up to a decade for an airport to win a new long-haul route and it is going to be a long hard slog to repair Dublin and Cork airport’s shattered route networks. We’ve previously worked closely with Government and State agencies to win new business and we need that Government support now, more than ever, to provide our airports with a secure foundation on which to grow.

The Irish economy needs to rebuild its connectivity and that work needs to start now.

You can find a link to the article HERE